A powerful process of self-discovery 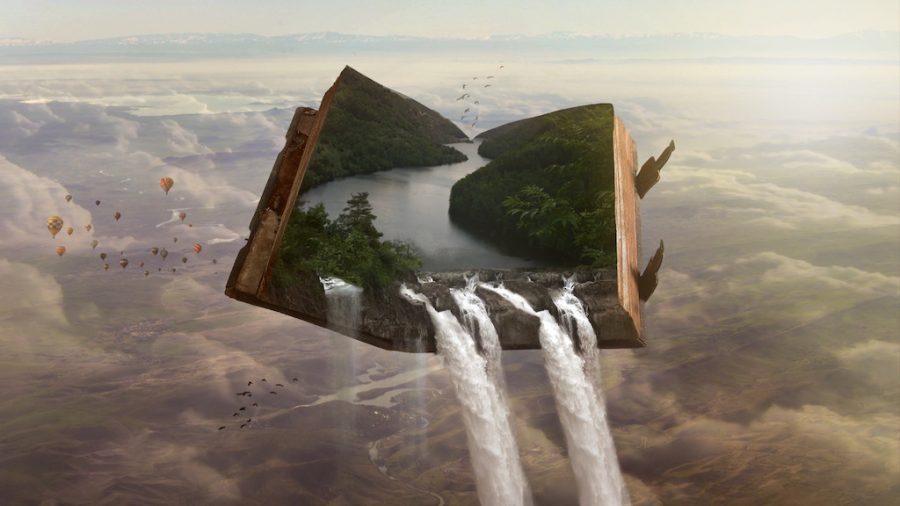 «We are such stuff as dreams are made» W. Shakespeare

Gilbert Durand, in the introduction to his reference book « The Anthropological Structures of the Imaginary« , wrote « Western thinking, and especially French philosophy, has a constant tradition of devaluing ontologically the image and psychologically the function of the imagination, that ‘mistress of error and falsehood’.

Classical psychology, contrary to what one might think, has not been any more positive regarding the imagination, which is still considered by some as the infancy of consciousness.

The imagination is thus devalued, the imagination is rejected and the richness of the image is minimized. In fact, images are analyzed as a by-product of our conscious life as an attempt to find a material basis for symbolic function and the unconscious. This diminution in the image’s significance tends to bring it into the field of consciousness through language and speech. Thus, the symbol – confused with metaphors, allegories, emblems and signs – loses its transformational power.

Another common practice in psychology is to define the imagination as an organizer of dynamic images. Dynamism that becomes the foundation of our psychic life and is a factor of cohesion, that is to say of harmony, strength and authenticity. The imagination is then no longer seen as a collection of isolated images – isolated from one another and without much coherence – but as a complex combination of elements which are all linked together. From this perspective, imagination – far from being a simple by-product, as some psychoanalysts would have us believe – is, instead, an energy that liberates and has a deeply cathartic function. Revealer of truths, it buries treasures and is the absolute place of creativity.

In light of these initial thoughts, it is easy to understand that, as Gilbert Durand wrote « to study ‘in concreto‘ the symbolic imagination one must embark resolutely on the path of anthropology by giving to this word its current full sense – that is to say: all the sciences that study the species Homo Sapiens … «

By founding the Centre de recherche sur l’imaginaire, Gilbert Durand created a multidisciplinary movement that, still today, encourages and pursues the anthropological position he himself had chosen – namely, to study symbolism from a psychoanalytic, psychological, sociological, historical, biological, mythological, poetic, and artistic point of view.

It is clear that all researchers who base their method on this approach are led to question the connections – both antithetical and complementary – between imagination and rationality, between dream and reality. All come to the same conclusion – that the imagination is the basis for the construction of our societies, our institutions, our family models, the artistic expression of an era, how man thinks of himself, our scientific models… in a word – our cultures.

Gilbert Durand’s hypothesis, and that of those who continue his work, is that we are bathed in an imaginary world, a climate, an atmosphere which pervades us and determines what we are. Our education (schools and parents), our culture and our political and cultural institutions imprint thought patterns upon us that we accept as reality.

If, as individuals, we do not develop an awareness of the imagination of our age, we do not think of life, we are thought by it. And we shall not succeed at finding the solution to our malaise, our suffering, our questions in the place where we can actually find it – namely, within ourselves.

We are currently at a crossroads. We belong to a so-called modern civilization (from the 17th century to the 20th century) that, like all those preceding it, has come to an end without the one which will eventually replace it having yet fully emerged.

Walter Benjamin, a German philosopher, wrote: « Each epoch dreams the following one. » But is that dreaming actually ours? If one does not attempt to seek meaning and understanding of their mental evolution, the new culture may emerge without our participation.

The new era will be more technological. It may be one of « transhumanism » which promises an improved, more powerful man. But, as powerful as they become, humans continue to be thought of by this new civilization – therefore to suffer without any real awareness of what they really are. They thus escape this beautiful mission of becoming humans that are fulfilled, caring and creative.

In the transition phase in which we live, the discrepancy between what is experienced by each individual and what is conveyed by our institutions (political, cultural, media) is at its peak. Yet the soil of another future is formed through awareness, societal organization and different groupings, thanks to the Internet. Jung in the early 20th century wrote: « When a culture has reached its peak, sooner or later appear the seeds of its destruction. The seemingly senseless and distressing breakdown of a multiplicity without order or direction, capable of inspiring disgust and despair, contains in its dark bosom the seeds of a new light. »

So, in response to any technological age that is taking shape, I propose, in this blog, to find certain basics through myths, stories, legends, symbols and archetypes. All this material, in fact, feeds our dreams, the place where reside the seeds of eternity that could well grow into the magnificent trees of our future.

« We are such stuff as dreams are made » wrote Shakespeare in his play ‘The Tempest’. The world may well be, in its turn, a reflection of our dreams. Therefore, let us have more just and fair dreams without letting the slumber of our carelessness engulf our inspiration.

A Story Without Words